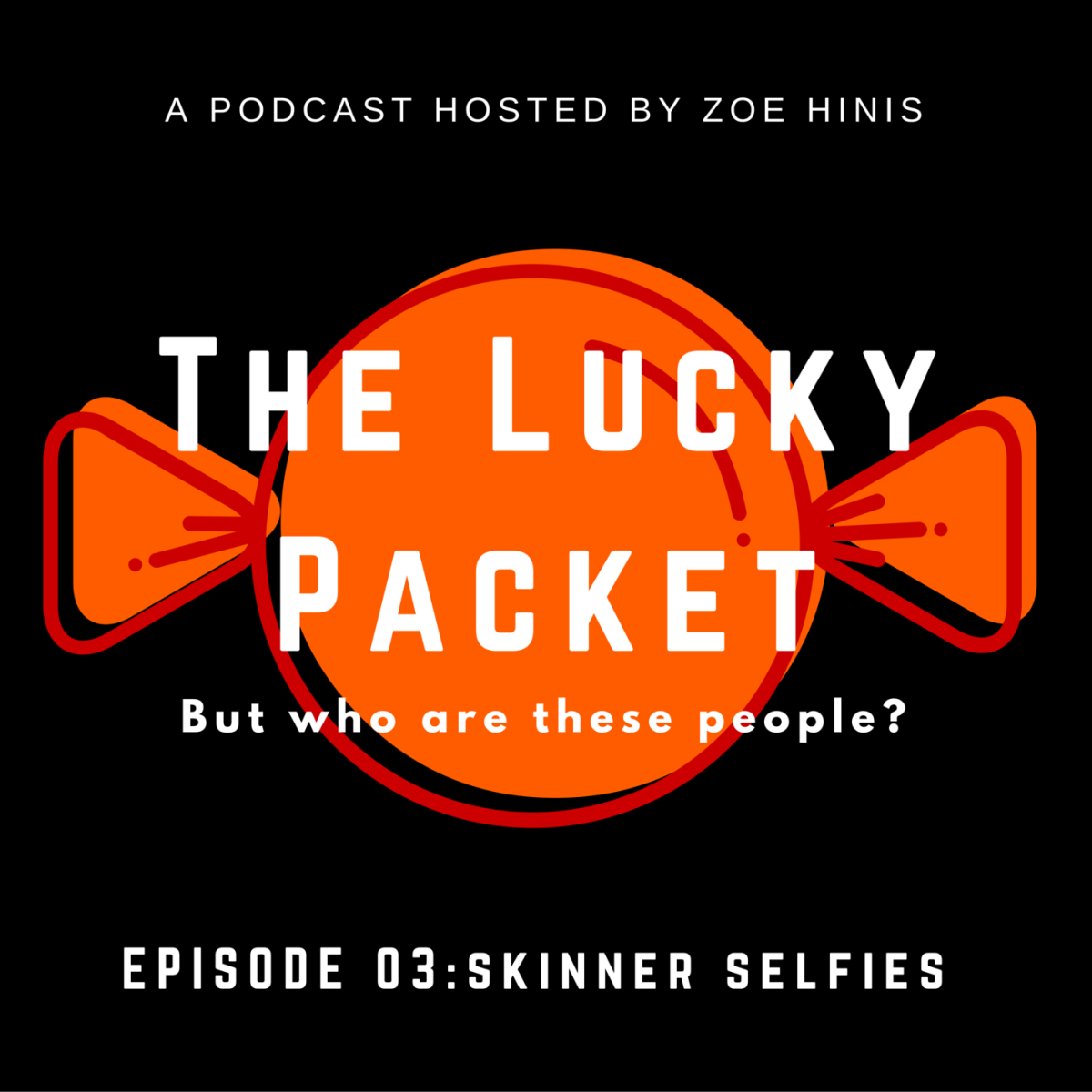 How social are we, really? Is this real life, or is this just curation? I catch up with Heather Clancy, tastemaker deluxe, to talk smack about the psychology of social media, whether selfies are feminist, why ad-blockers rock and squatty potties. We also take some time to skim past the Oscars, why Treehouse is the future of work and rape culture in Game of Thrones. A jam-packed podcast with lots of swearing and general fun times.

So, since last year, there has been global talk lately of instituting trigger warnings on books, ostensibly to warn people of potentially upsetting themes or scenes in a work of literature. It seems to be originating from students in the USA who are afraid of themes such as suicide, war, rape and racism in books.

To some extent, I can understand why some might see this as necessary. Rape scenes in books have their place as an exploration of the terrible act and how it affects our lives, but for a rape survivor, a warning might help avoid an unwanted recollection. But that said, we find ourselves back in the murky of arbiters. Who decides the trigger warnings? Publisher? Author? Distributor? Independent body of psychologists? Or worse, parents and schools? Considering the harm the MPAA (the ratings body in America) does to any movie more interesting or challenging than Transformers, do we really want someone deciding what is safe to read, and what isn’t? For religious readers, do we need to start putting blasphemy warnings on books? Do we really need another bullshit fatwa over a book that doesn’t deserve it?

It’s an old example, but always a useful one; consider that 90’s capsule American

Psycho. It is a study in ultra-violence, hyper-masculinity, the pointless excesses of yuppie life (exhibit A: the mineral water scene) and was way ahead of Wolf of Wall Street when it comes to looking at how the ultra-rich live. American Psycho would have so many trigger warnings that it would be unmarketable to anyone under the age of thirty. It is a shocking book, and remains relevant now. Sure, it is an uncomfortable read, but it has a valid point to make on how hideous excess wealth can be. Patrick Bateman buys women like other people buy steaks, and rapes and maims and kills. His wealth and position in society makes it easy for him to be utterly reprehensible. That’s a comment worth making, but it isn’t an easy one to read.

The idea of warning people about the contents of books with a neat label on the back (I really hope not the front of the book) denigrates the idea of intellectual exchange and growth. Treating every reader as an ignorant and fragile snowflake incapable of dealing with ideas in books should be unacceptable to a society that saw books being banned for just their titles less than 50 years ago. Books are already constantly challenged by supposedly well-meaning adults: Captain Underpants, Catcher in The Rye, Harry Potter and more often ignite some feeble-minded rage about what kids shouldn’t read. Adding another layer of interference in publishing bodes ill.

Let the people write whatever they want, and let the readers make decisions based on their own experience, and posterity will sort out the rest. I’m not sure that any intellectually curious reader would appreciate being told what is and isn’t safe reading. Otherwise, anything more interesting than a grade 1 reader will be emblazoned: warning: this book might upset you.

As far as moments in publishing go, the launch of Pottermore is massive. But what makes it momentous is that, for the first time in contemporary publishing, an author has dictated to the biggest names in book-retailing. To put not too fine a point on them, she has told Amazon, Apple and Barnes and Noble exactly where they can shove their DRM. That kind of authorial power is rare and truly magnificent in its scope. 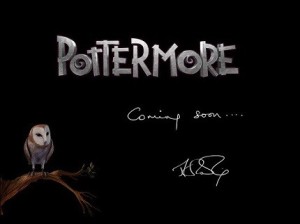 The watermarking system of the Potter books is a much nicer approach to treating readers like trustworthy human beings rather than the Draconian (mm, puns) hammerlock of DRM. If the book is pirated, it can be traced. It’s probably more effort than its worth but at least Rowling is not treating her readers like criminals. I have discussed book piracy before, and my friends have offered superb links in the comments thread there, so this is an interesting and refreshing approach to DRM.

To be fair, there are maybe ten authors alive that could pull off something as big as this. My bet would be that if James Patterson, Danielle Steel, Jeff Kinney and that ilk decided to get their own online stores and sell their books directly, there’s not much outside a watertight publishing contact that could stop them. And big money means big lawyers to break those contracts. So where does that leave the humble bookseller? And publishers?

For booksellers, the doom and gloom is unnecessary. Most authors don’t have the wherewithal to be able to bypass the retail chain. Honestly, JK Rowling is a rock star amongst writers. The Telegraph shares these facts:

69 Different languages that the Harry Potter books have been published in.

400 million Copies estimated that the Potter books have sold worldwide. It is considered the fastest selling book of all time.

200 Countries in which the books have been published.

Her record-breaking sales and allure as an author gives her power that 99% of the world’s authors do not have. The reason self-publishing hasn’t been able to put a dent in the publishing world at large is because publishers still give authors a platform and help they would not have alone. (Selling your own books is much like door-to-door insurance selling. Thankless, tedious and with pitiful payoff.) Amanda Hocking and the untalented EL James of Fifty Shades notoriety are still the only examples of self-published authors gone big. Rowling had to start with a publisher. Now she has outpaced them and given something back to her incredibly loyal readers.

I like to see this momentous occasion as a wonderful snub to the big baddies in book retail. It is remarkable to see an author empowering her readers by treating them like people. The books are fairly priced at R90 and can be bought with South African credit cards. This is a great time for readers, and inspiring for other authors. No doubt, the publishing industry needs an overhaul. It still screws the authors, and the book retailers screw the buyers. This is a brave new world of author power; I can’t wait to see what happens from here.

Unfortunately, we often forget that the publishing industry is as much a gatekeeper as it is a place of rebellion. It can be both, but it is sad when it is the former.

Two authors wrote about their book being rejected because they would not change a gay character into a straight one. Mail and Guardian reported on it further, noting that it isn’t an isolated case and that the publishing industry doesn’t see YA with gay elements being publishable. While there are books being published with gay characters at the centre and doing well (Song of Achilles being a case in point), there are no YA books that approach this issue. With gay teens already so maligned by their schools and communities in a very straight, religious world, there should be books that have gay characters in them so that they have something to relate to.

I cannot pretend to understand the persecution so many gay teenagers must undergo at some point in their lives. Society is generally heteronormative and Christian, and sometimes that means that there is aggressive legislation against gay rights in some countries. (For further info, please read Adrienne Rich’s “Compulsory Heterosexuality” to really get the meaning of that term.) In the States it is not new news that gay students are often denied the opportunity to form support groups. Now they don’t have the choice of literature starring gay heroes. Just as women still have to sit through movies where the heroine ends up being saved by a guy at the end anyway, gay readers don’t get to see a character that isn’t hetronormative, white and typical.

I am glad that there is some author backlash against these decisions. I just hope that the appearances of gay characters doesn’t become token. Look at JK Rowling and her post-publishing announcement that Dumbledore was gay. Never mentioned in the books because it might hurt sales, but its safe now that the books have been published. It reeks of tokenism because let’s be honest, all the heroes are white and straight. It’s a bit late to throw in a gay character once the money is banked. I know it started as a children’s series but it most certainly became too dark for that around the fourth book. So why not announce then that there was a gay headmaster who was powerful, intelligent and kind? The religious groups were upset anyway, so that wasn’t a factor. Is it just such anathema to have a gay character anywhere? In any case, I am glad that the announcement was at least made, and for as long as Harry Potter stays in the public domain, Dumbledore will be gay. (And in a sidenote to the above article, I am proud of the kids who were excited about it. Pity about the sanctimonious Christian mother, but she’s only one person and the fans are truly legion.)

The obvious answer is to write and publish more gay-themed YA books, but it should always be done tastefully. How to do that is a discussion for another day, but it is also the place of authors to be the vanguards in shifting perceptions and trends. We don’t have to, but we should when we can. After all, being able to write well is a gift, one that should never be used to further the status quo when it is already so unfair. Besides, it would be a great challenge to write a gay character that isn’t an awful stereotype.