So, since last year, there has been global talk lately of instituting trigger warnings on books, ostensibly to warn people of potentially upsetting themes or scenes in a work of literature. It seems to be originating from students in the USA who are afraid of themes such as suicide, war, rape and racism in books.

To some extent, I can understand why some might see this as necessary. Rape scenes in books have their place as an exploration of the terrible act and how it affects our lives, but for a rape survivor, a warning might help avoid an unwanted recollection. But that said, we find ourselves back in the murky of arbiters. Who decides the trigger warnings? Publisher? Author? Distributor? Independent body of psychologists? Or worse, parents and schools? Considering the harm the MPAA (the ratings body in America) does to any movie more interesting or challenging than Transformers, do we really want someone deciding what is safe to read, and what isn’t? For religious readers, do we need to start putting blasphemy warnings on books? Do we really need another bullshit fatwa over a book that doesn’t deserve it?

It’s an old example, but always a useful one; consider that 90’s capsule American 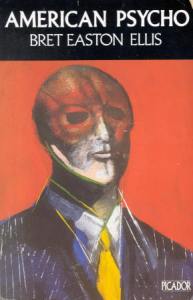 Psycho. It is a study in ultra-violence, hyper-masculinity, the pointless excesses of yuppie life (exhibit A: the mineral water scene) and was way ahead of Wolf of Wall Street when it comes to looking at how the ultra-rich live. American Psycho would have so many trigger warnings that it would be unmarketable to anyone under the age of thirty. It is a shocking book, and remains relevant now. Sure, it is an uncomfortable read, but it has a valid point to make on how hideous excess wealth can be. Patrick Bateman buys women like other people buy steaks, and rapes and maims and kills. His wealth and position in society makes it easy for him to be utterly reprehensible. That’s a comment worth making, but it isn’t an easy one to read.

The idea of warning people about the contents of books with a neat label on the back (I really hope not the front of the book) denigrates the idea of intellectual exchange and growth. Treating every reader as an ignorant and fragile snowflake incapable of dealing with ideas in books should be unacceptable to a society that saw books being banned for just their titles less than 50 years ago. Books are already constantly challenged by supposedly well-meaning adults: Captain Underpants, Catcher in The Rye, Harry Potter and more often ignite some feeble-minded rage about what kids shouldn’t read. Adding another layer of interference in publishing bodes ill.

Let the people write whatever they want, and let the readers make decisions based on their own experience, and posterity will sort out the rest. I’m not sure that any intellectually curious reader would appreciate being told what is and isn’t safe reading. Otherwise, anything more interesting than a grade 1 reader will be emblazoned: warning: this book might upset you.