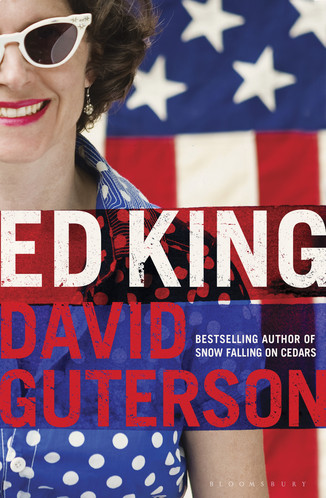 The Bad Sex Award is definitely not as prestigious as the Man Booker Prize, but it is one of the most popular awards in the literary calender. Established by Auberon Waugh in 1993 ‘to highlight – and hopefully discourage – the “crude, tasteless, and often perfunctory use of redundant passages of sexual description in contemporary novels”‘, the Bad Sex Award has become also notorious for its rather snide awards ceremony. When Rowan Somerville won last year, he had this to say about receiving the award for The Shape of Her:

In October, well before the shortlist was announced, an article by Susana Rustin in the Guardian had quoted me criticising the Bad Sex award: “It reminds me of a bunch of sniggering sixth-formers in the back of the class. There’s a kind of English notion of sexuality that I wish we could get away from, it’s Benny Hill, it’s page 3 …”

Despite the magazine’s assertion that “it’s only a bit of fun” there’s an atmosphere of bullying peculiar to public schools about the whole thing. If you decline to show up, like the excellent Sebastian Faulks, they harangue you for years.

One wonders what this year’s winner, David Guterson, will undergo at the ceremony. You can read the extracts from Ed King that landed him this prize here.

I read all the extracts (it behooves a bookseller to do so) and to be honest, I really thought that Christos Tsolkas would have won for his hugely grotesque descriptions. I would rather not put this blog on some kind of predator watchlist by posting extracts from Dead Europe, but you can read them here.

While I think that gratuitious sex scenes are exactly that, I’m not so sure that some of the extracts (listed below) really count as ‘bad sex’. We can argue all day what constitutes bad sex (and please do so with me in the comments thread!) but the Bad Sex award seems determined to punish clumsy writing more than actual sex scenes. If I were to offer a definition, I’d say a bad sex scene would be one that has no place being there and stands outside the general style of the novel itself. Like throwing in fifteen gang bangs in the middle of a Miss Marple tale, for example. Or some pedestrian, tired new parent sex in the heart of a chainsaw massacre story.  But most of the scenes are just bad writing more than actual bad sex, and reflect on the rest of the novel. Auel’s extract sounds like something my grandmother would write if she weren’t quite so British; its not really bad sex like Mills and Boon produces on a weekly basis.

The other nominations included literary heavyweight Murakami for 1Q84 and the monarch of horror Stephen King for11.22.63; their extracts can be found here and here. Also nominated:

The award generates controversy and publicity for the books, which Rowan Somerville found himself pleasantly surprised by. The Shape of Her had mostly disappeared before the award nominations went in.

But let’s be frank … this ridiculous award had put my novel in newspapers and websites across the world and although, when the deputy editor of the mag emailed me to ask if I’d enjoyed the party, I replied “as much as a televised visit to a proctologist”, I don’t think the publicity is going to do me, or the book, any harm either. So although it surprises me to say it, I am very grateful to them.

One thought on “The Literary Review’s Bad Sex Awards”